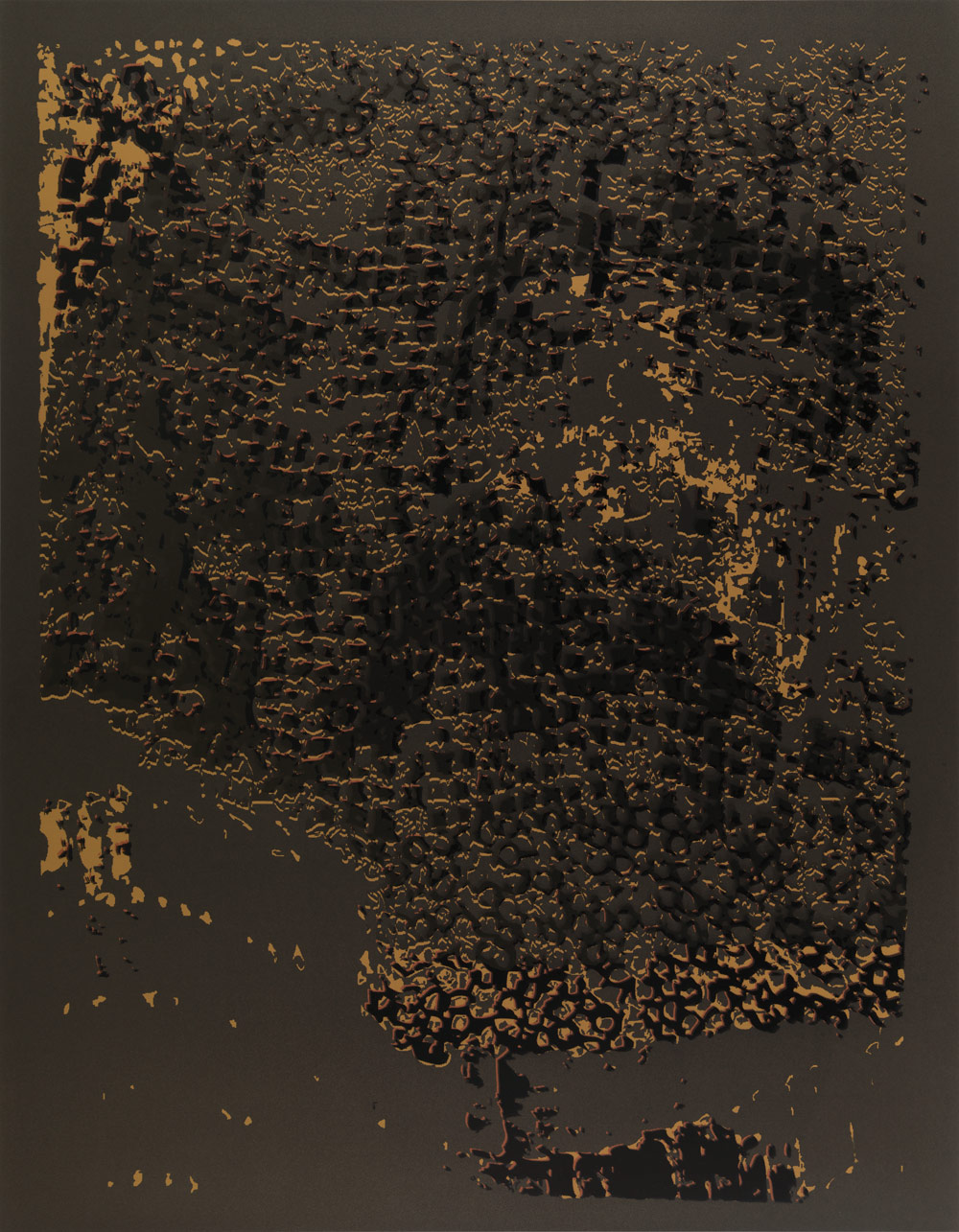 Inspired by his ongoing regard for reinterpretation and the process of stenciling layers of inks on paper, El Anatsui mixed different combinations of color to create eight exclusive variations in print.

Similar to how his works made out of liquor-bottle caps and other materials change appearance each time they are installed, the imagery that Anatsui created in each of the variations contrast, too. The contrast is the result of him manipulating the stencils, thereby producing alternative arrangements of patterns and shapes; and the effects observed within the variations fluctuate from slight to dramatic, just like with his other works.

Anatsui also made a series of unique works that combine printmaking and hand painting. The unique works explore variation in another way; the artist created them with more than one orientation, which demonstrates that there is more than one way for them to hang and connects them to his sculptural practice.

The project is the first of its kind to be done by the artist and evokes the celebrated works of his that are made from liquor-bottle caps. 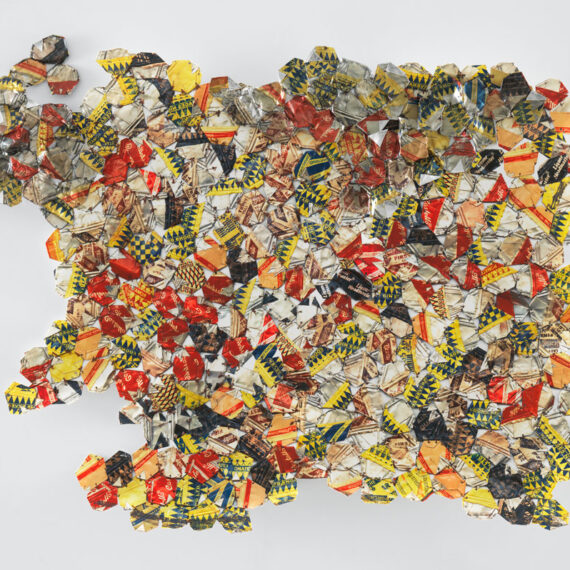 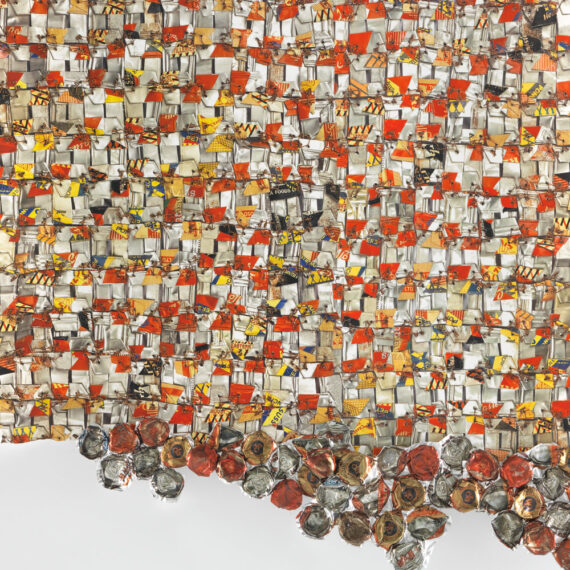 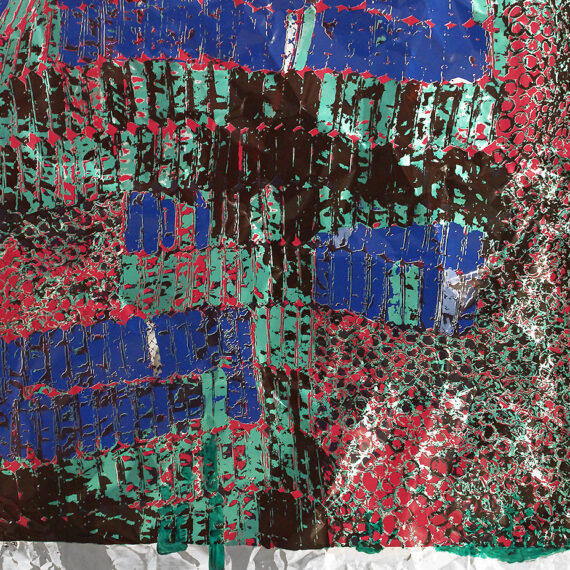